The first Academy in Nariño took place on 12 April 2019. 40 children from 6 different schools were keenly waiting for the Academy to start. The event was free-of-charge for all the attending children, aged from 5 to 14.

The Academy began with some welcoming words of Xiomara Acevedo and Angela Revelo. Then the full attention of the children turned to the presentation “Now we children save the world!” given by Xiomara Acevedo and Laura Coral. Complex topics, such as sources of CO2, global warming, photosynthesis, the climate crisis and global justice were presented in a suitable way for children. For the following part the children were divided into small groups, to learn about the biodiversity and natural capital of Nariño and its impacts in climate change. This was an amazing activity where kids were divided in groups to paint and color their drawings. 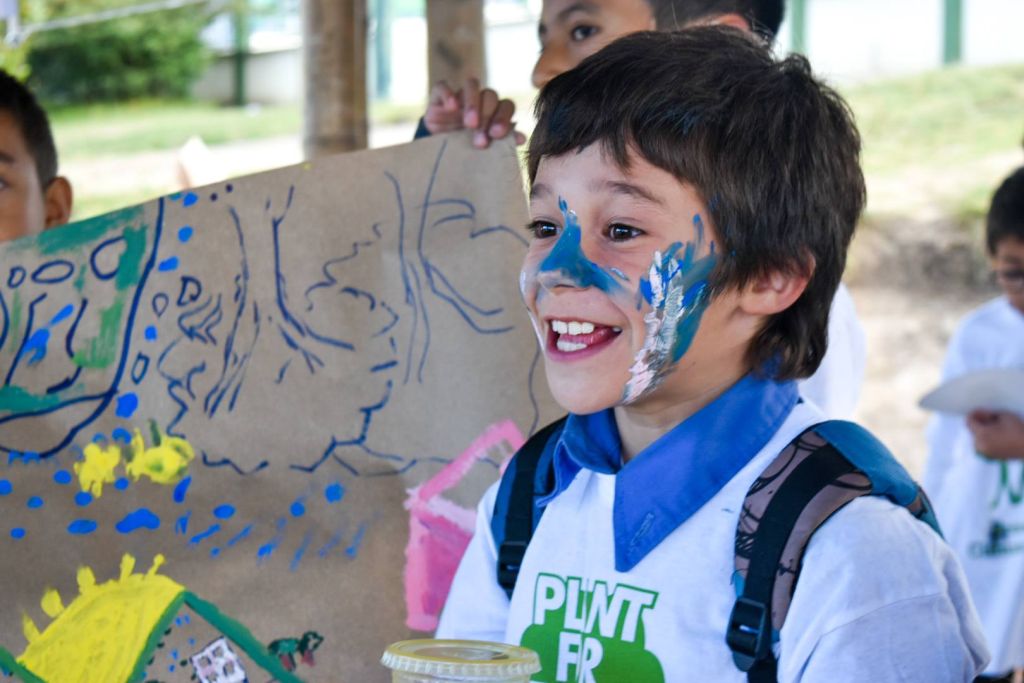 After a short lunch break, the children had the opportunity to take action for their future right away: They went to plant trees! In addition, they received information on how to plant trees, when to plant them and how to take care of them. In return, the participants were able to show off their newly gained knowledge about the role and importance of trees. In total they planted 22 endemic trees in the Liceo Ciudad de Pasto School and adopted 15 more. The children finished the planting event with a magnificent Stop Talking, Start Planting. They presented their findings per group and received their certificates as Climate Justice Ambassadors. The Academy was made possible thanks to the commitment of the Secretariat of Environment and sustainable development of Nariño, Movimiento Ambiental Sacha, Institución Educativa Ciudad de Pasto, scoutts grupo javeriano, SEGIS and Municipality of Pasto and due to the team of local organisers.

A huge thanks to the secretary of environment and sustainable development of Nariño for the materials, photography coverage, food and tree planting event. Without their support the Academy would not have been possible. You also want to become a Climate Justice Ambassador? Then check here for an Academy in your area.